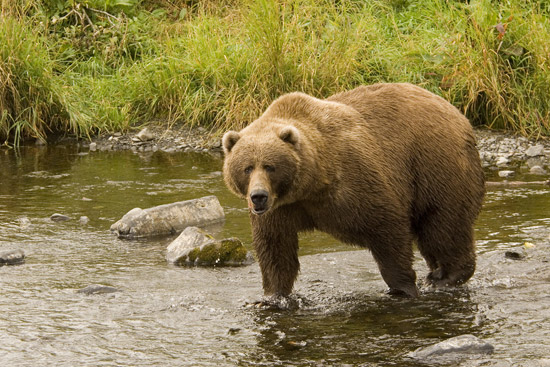 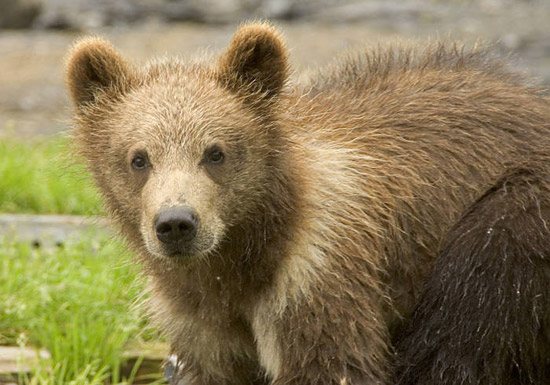 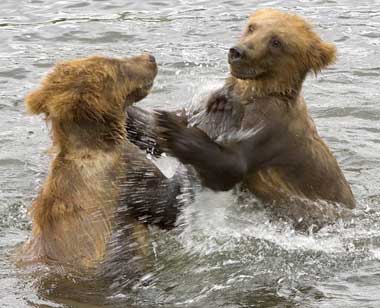 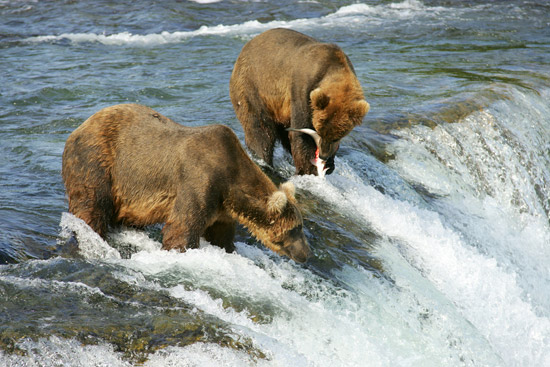 The grizzly bear is a very large brown bear found only in alpine wilderness areas of the western US and Canada. It is the second largest of the world’s terrestrial carnivores. Threatened in the US, Montana is only one of five states with resident populations and is home to an estimated 600 grizzlies. In Montana, where the bear was designated the official state animal in 1953, it can be found in the northwest Montana Rockies, around Yellowstone National Park, and the Cabinet-Yaak area of western Montana. The grizzly bear also is California's state mammal.

Grizzly bears are generally larger and more heavily built than other bears. They can be distinguished from black bears, which also occur in the lower 48 states, by their longer, curved claws, humped shoulders, and a face that appears to be concave in profile. Grizzlies may be pale (almost luminous blond to reddish-blond to light brown) to darker brown to even black.

Range: From Alaska south through much of western Canada, and into portions of the northwestern United States, extending as far south as Yellowstone and Grand Teton National Parks.
Conservation: Vulnerable (VU)

Grizzly bears very rarely exhibit predatory behavior toward humans. However, a bear that has been exposed to human food or garbage may become dangerous and aggressive to people. A solitary animal, a male's home range may be as large as 1,118.5 square miles (1,800 sq km). A female grizzly is extremely protective of her offspring and will attack if she thinks she or her cubs are threatened.

Roots, tubers, grasses, berries, and other vegetation; small rodents, fish, carrion, and even garbage and human food if it is easily available.