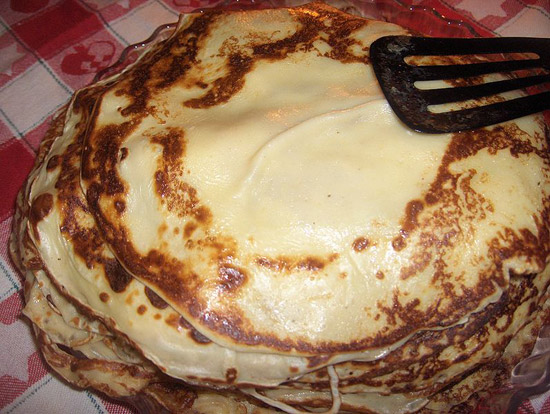 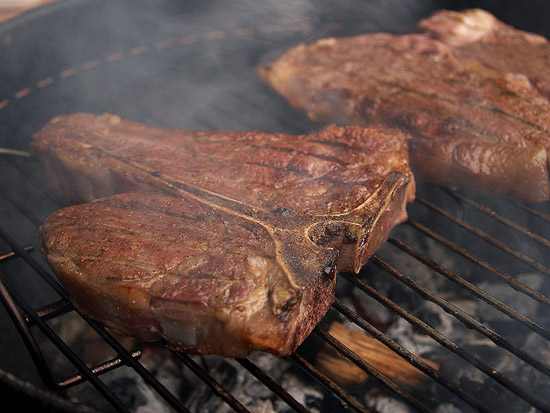 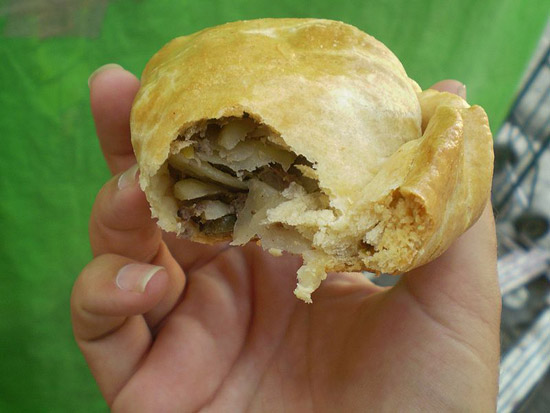 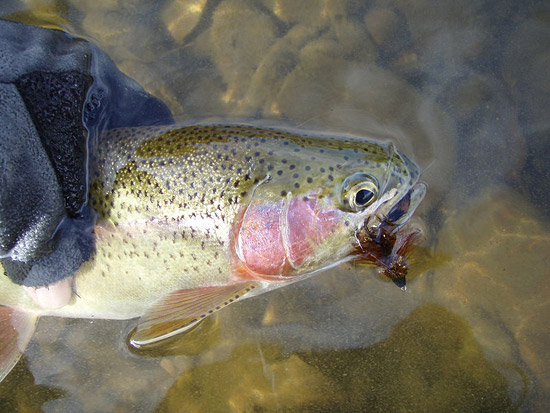 German, Scandinavian, and Eastern European immigrants have been a strong influence on Montana cuisine. The rugged ranching and hunting lifestyle is also a major factor in Montanans' preference for solid, simple foods. Breakfast is usually a substantial meal. Oven-baked pancakes, a Scandinavian invention, are popular. Pancake batter is simply spread in a buttered pan, baked until golden, and served with fruit or jam. Breakfast casseroles called potato pies are a convenient option. They normally include potatoes, eggs, ham or sausage, and cheese (onions, green peppers, sour cream, and spices are optional).

In Montana cooking, game is likely to turn up anywhere beef normally would. Deer hunting is a seasonal pastime, and venison roasted slowly with onion and mushroom or tomato is a popular way of preparing the game. Smoke-flavored venison jerky is a widespread way of preserving the meat and creating a snack as well. Bison and elk are other widely consumed game meats. Pasties— individual pies made with short pastry dough, meat, potatoes, salt, pepper, and onion—are a popular take-along meal or snack when out hunting or ranching. Since game is usually lean, it's common to add some butter or suet to the pasty filling for flavor and moisture. Duck is another popular game meat, and is often served with wild rice. Venison Swiss steak and bison meatloaf don't attract any second glances in Montana.

Simple Preparation of Meat and Fish

When game is out of season, most Montanans turn to local beef or lamb. Preparation is usually very simple. Meats are grilled or pan-fried, seasoned with salt and pepper, and served with potatoes. Pot roast often includes browned onions. Steak with lemon pepper is standard, and leg of lamb gets the usual garlic, rosemary, and vegetable treatment. Mild, tomato-based chili made from beef or game is a winter standby.

Fishing is also a popular activity, so fish find their way into many recipes. Trout, for example, is a favorite meal, usually very simply prepared with butter or a little green pepper and onion. A more elaborate preparation is to coat the fish in cracker crumbs, fry it in bacon fat, and serve with crumbled bacon on top.

Cooking in the Great Outdoors

Given all the outdoor activities in Montana, outdoor cooking is common for both practicality and pleasure. Campers fry fish over open fires, and beef stew made with canned milk and onion (sometimes called "warbonnet stew"), is a favorite camp meal. Camp biscuits are made with lard and fried until golden rather than baked.

Sides are often simple. A baked potato is likely to appear alongside any meat dish. In summer, the black-eyed pea salad common in the South is also regular fare. Often called cowboy salad, it's less spicy and elaborate than its Southern cousin, normally including just tomato, celery, and plenty of sweet onions.

For dessert, pies made from corn syrup or molasses, such as wet-bottom shoofly pie, are common winter treats. Cherries are a local crop, so cherry pie is another favorite. A few dried cherries are often added to apple pies when fresh cherries are out of season. Dried apple pie, a pioneer favorite when fresh fruit was scarce, is still a wintertime dessert staple. When in season, huckleberries are a favorite, as they have been since well before the settlers arrived. Today they're used much as blueberries are in muffins, pancakes, and especially in huckleberry pie. Beer is extremely popular, especially the many microbrews common in the state.