The following are a number of short biographies of famous Native Americans who were either born in or are closely associated with what is present-day Montana. 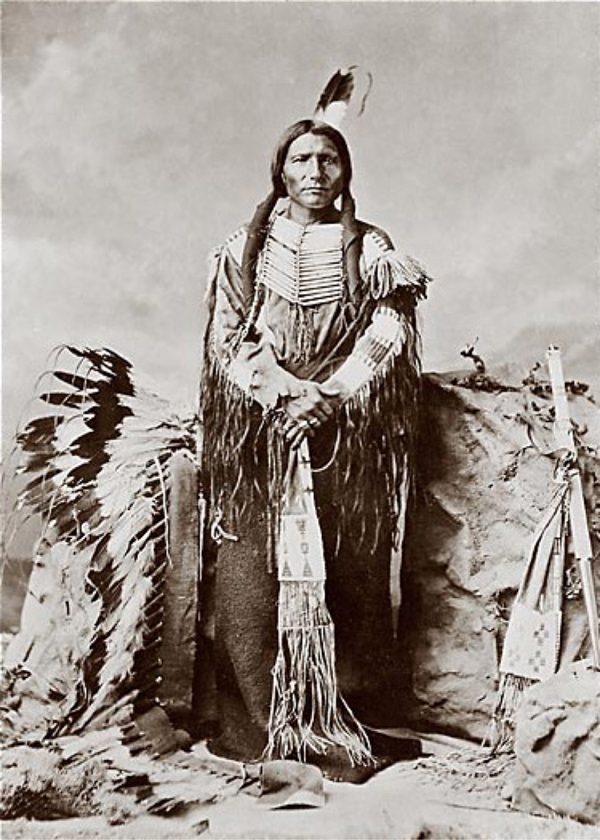 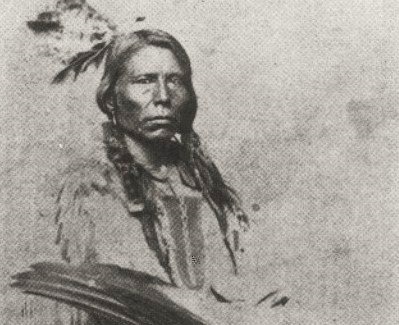 Native American war leader of the Oglala Lakota. He took up arms against the U.S. Federal government to fight against encroachments on the territories and way of life of the Lakota people, including leading a war party to victory at the Battle of the Little Bighorn in June 1876. Crazy Horse was an Oglala Lakota war leader who is known for his resistance to US encroachment on native lands and his decisive role in the 1876 Battle of the Little Bighorn. Crazy Horse was born between 1840 and 1842 with the name Cha-O-Ha, meaning “In the Wilderness” or “Among the Trees.” Known for being reserved and aloof but a fierce fighter, his reputation as a warrior grew through the 1850s and 1860s. In 1866, Crazy Horse and six other warriors defeated 53 US infantrymen and 27 cavalry troops by luring them into an ambush. He participated in a number of other battles with US troops leading up to the Great Sioux War of 1876–1877. On June 17, 1876, Crazy Horse led a war party against Brigadier General George Crook’s force. The battle delayed Crook’s joining Lieutenant Colonel George Armstrong Custer and his 7th Cavalry, which would prove decisive in Custer’s defeat. A week later on June 25, 1876, Custer ill-advisedly attacked a camp of Lakota Sioux and Cheyenne warriors, reportedly underestimating their numbers. While Crazy Horse’s exact role in the battle is uncertain, multiple eye witnesses name him among the bravest warriors of the battle. In 1877, Crazy Horse’s warriors fought their last battle, and weakened by hunger and the cold of winter, Crazy Horse decided to surrender to save his men. During his attempted arrest in September 1877, Crazy Horse resisted a guard and was bayonetted. Crazy Horse died in Fort Robinson, Nebraska, on September 5, 1877. -Brittony Hubbard World Trade Press 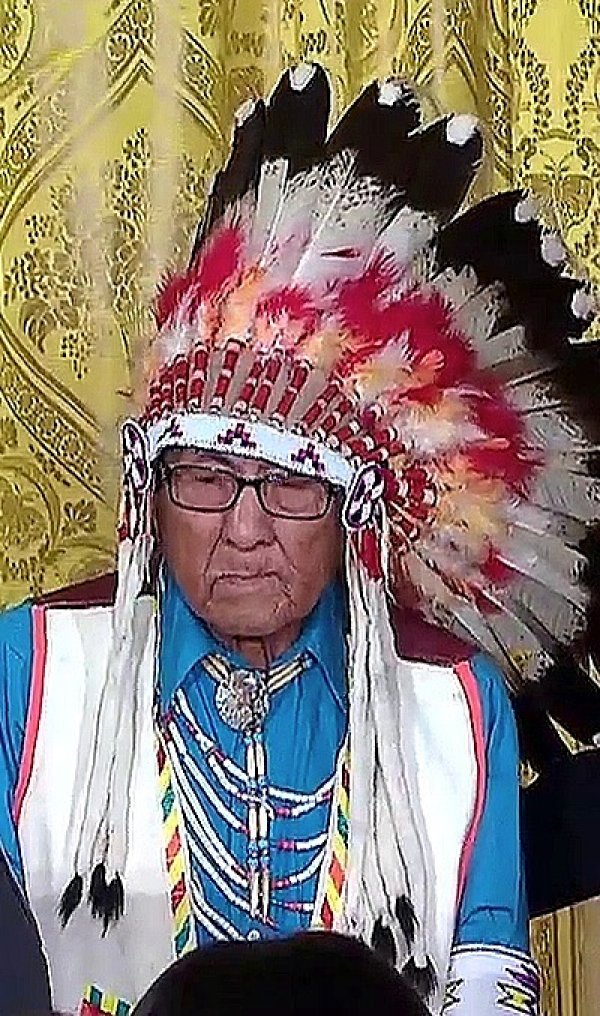 Joe Medicine Crow was a tribal historian, anthropologist, and war chief who is best known for being the last war chief of the Crow tribe and, prior to his death, the last living Plains Indian war chief. Joseph Medicine Crow was born on the Crow Indian Reservation, Montana, on October 27, 1913. As a descendent of an eyewitness to the Battle of the Little Bighorn, Medicine Crow grew up hearing stories of the infamous battle, an experience that would inspire his decision to become a tribal historian. A quick student with a sharp intellect, Medicine Crow began attending college classes while still in the eighth grade, ultimately earning his bachelor’s degree in 1938. He became the first member of the Crow people to earn a master’s degree and was working toward his doctorate at the outset of WWII, when he left school to join the US Army. As a scout in the 103rd Infantry Division, he successfully carried dynamite through enemy gunfire and single-handedly stole 50 horses from German SS officers by sneaking into the stable at dawn and riding off on the finest horse as the others followed, singing a Crow victory song as he sped along. Only upon his return to Montana did Medicine Crow realize his various deeds met the Crow’s four requirements for becoming a war chief. He was much-awarded during his lifetime, receiving the Bronze Star and Legion of Honor after his WWII exploits and the Presidential Medal of Freedom in 2009. Joe Medicine Crow died aged 102 in Billings, Montana, on April 3, 2016. -Brittony Hubbard World Trade Press 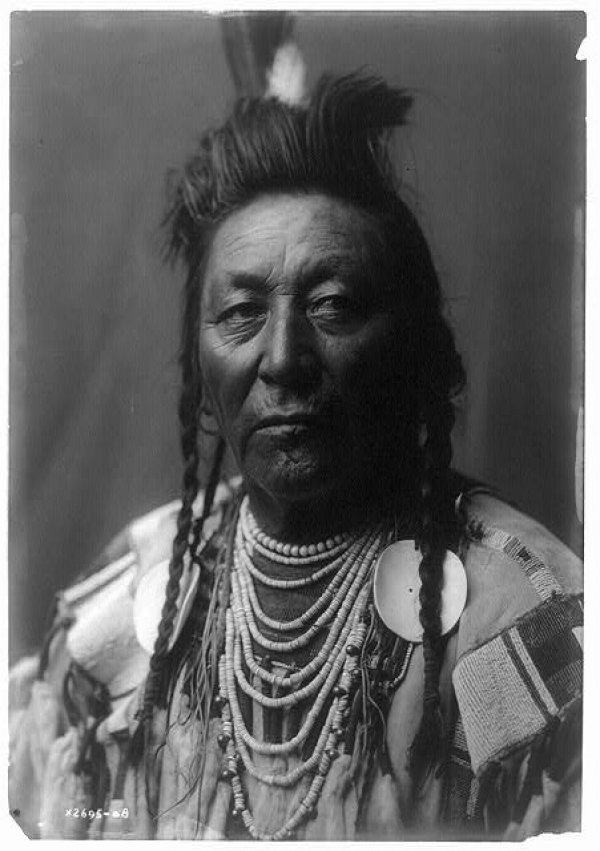 Plenty Coups was a chief of the Mountain Crows of the Crow Nation and a renowned Native American leader. Plenty Coups was born in 1848 to the Mountain Crow tribe near what is now Billings, Montana, to Medicine Bird and Otter Woman. His name at birth was Chíilaphuchissaaleesh, or “Buffalo Bull Facing the Wind.” At the age of 11, he had a prophetic dream that told him that the only way to preserve his people was to learn to cooperate with the white government. This dream would guide him for the rest of his life, profoundly influencing his actions as chief.  His grandfather, predicting he would become an important leader, gave him the name Alaxchiiaahush, or “Many Achievements.” White people translated this as “Plenty Coups” from the word “coup,” meaning acts of valor. As a young man, he earned renown as a warrior, participating in raids against neighboring tribes including the Cheyenne and the Sioux, and quickly established himself as a tribal leader. In 1876, at the age of 28, Plenty Coups was named chief of the Mountain Crow. He traveled to Washington DC numerous times to fight to preserve Crow tribal land, managing to save approximately 80 percent of the traditional territory and spare his people from relocating to a reservation. Throughout his life, Plenty Coups was a formidable diplomat as well as warrior and leader, managing to shield the Crow people and their way of life to a greater degree than the leaders of other Native American tribes were able to. Plenty Coups died in 1932.  -Linda Williams for World Trade Press 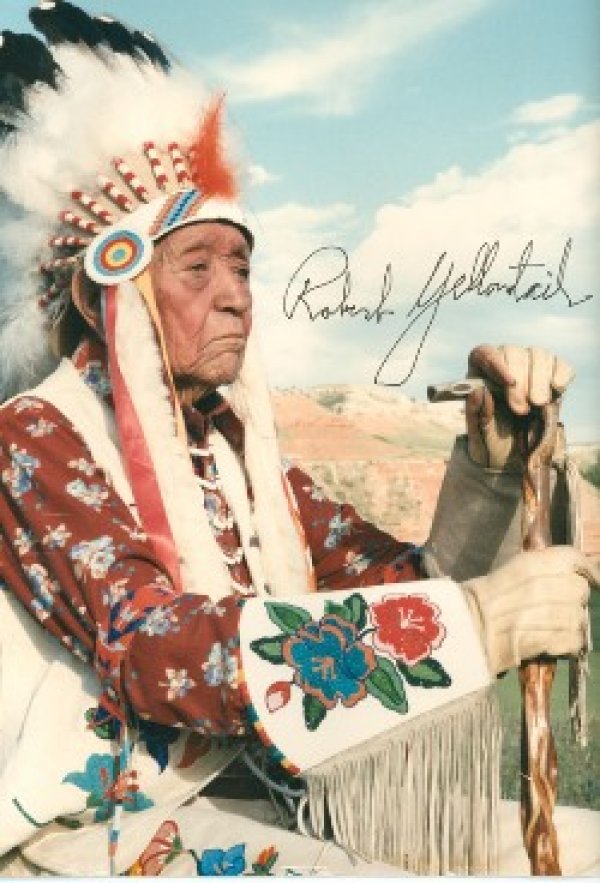 Robert Yellowtail was a Crow Indian activist and politician.  Robert Summers Yellowtail was born on an unknown date in 1889 on the Crow Indian Reservation near Lodge Grass, Montana. He was sent to an assimilationist reservation school, and later attended a government-operated boarding school in Riverside, California. After graduating in 1907, Yellowtail returned to Montana. He married Clara Spotted Horse, the daughter of a prominent reservation leader, in 1911, and began serving aa district representative on the Crow tribal business committee, working to negotiate land usage rights between Crow and white ranchers. Over the next decade, Yellowtail would be a part of several Crow delegations to Washington, DC to defend Crow rights. He generally supported reservation independence and clashed with the Bureau of Indian Affairs, but he also supported the 1920 Crow Act, a position that put him at odds with tribal leaders. Yellowtail ran unsuccessfully for Congress as an independent candidate in 1926. After the death of his wife, Yellowtail married Lillian Bull Shows Hogan; the marriage ended in divorce, and Yellowtail married Margaret Pickett in 1932. Yellowtail's 1934 appointment as superintendent of the Crow Reservation was a radical step for Native self-governance, making him the first Indian to hold such a position on a home reservation. In 1948, Yellowtail was elected tribal chairman; he was re-elected in 1952. Yellowtail married his fourth wife, Dorothy Payne, in 1960. He was featured in a 1985 historical documentary, Contrary Warriors. Robert Yellowtail died on June 18, 1988, on the Crow Reservation. -Carina Saxon for World Trade Press