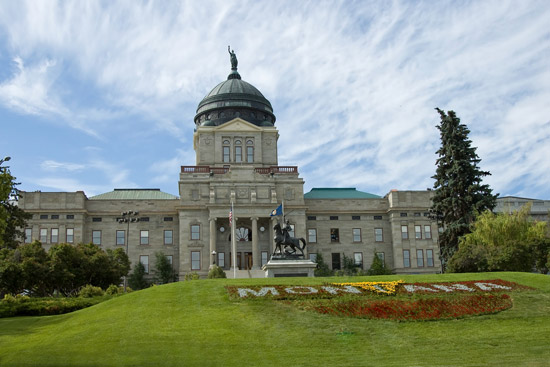 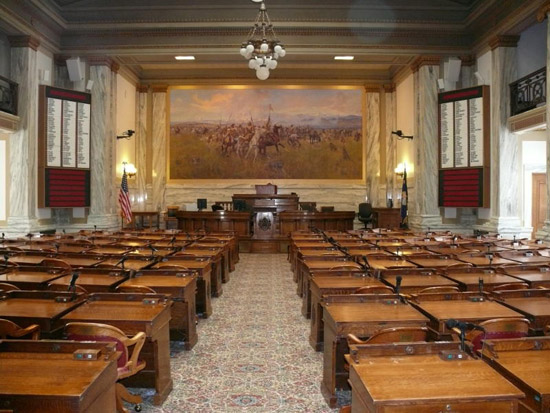 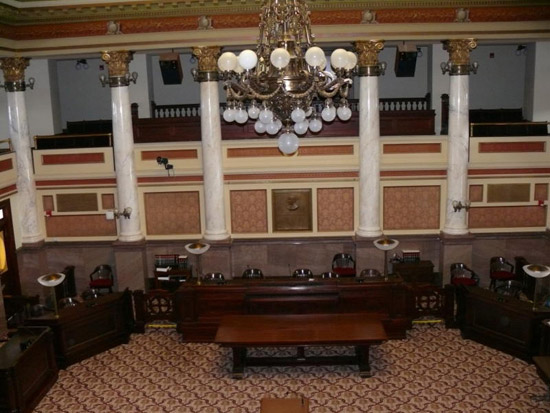 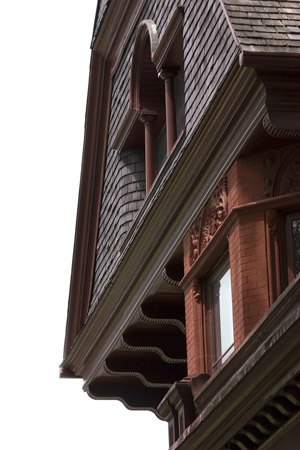 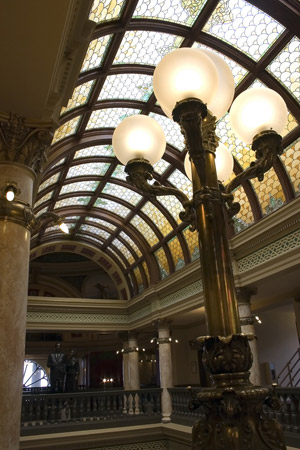 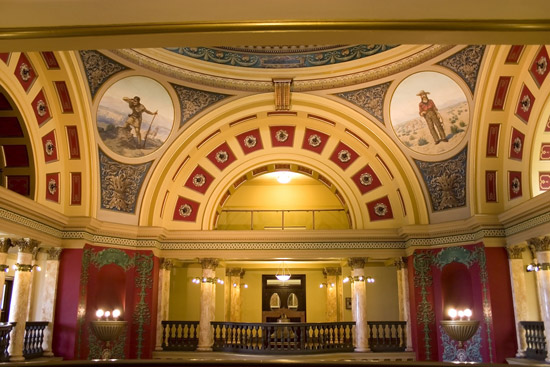 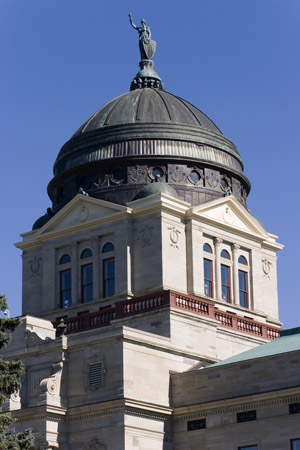 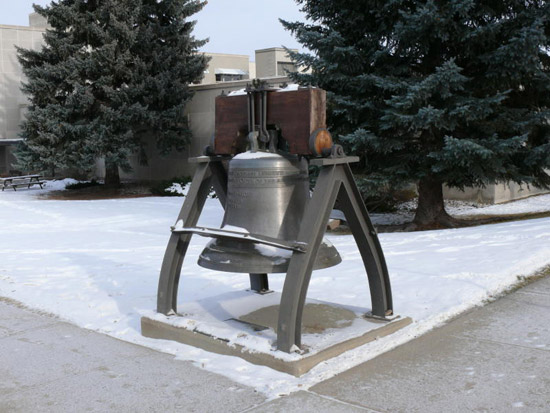 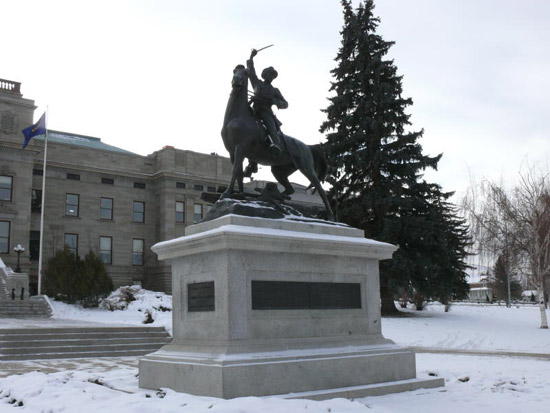 The Constitution of the State of Montana, the state's governing charter, was adopted on March 22, 1972, and ratified on June 6, 1972. This is the second constitution in the state's history; a previous charter was enacted in 1889.

The 1972 document is often viewed as a model of what a modern state constitution can be: It is streamlined, it enhances openness and citizen participation, and it mandates balanced educational spending. That said, the charter passed by only 2,532 votes.

The 1972 constitution calls for annual legislative sessions. This idea was briefly enacted but was eliminated by an initiative vote in 1974. The legislature meets every other year.

Montana voters have access to the initiative and popular referendum processes. Over the years voters have passed many important initiatives including term limits and tax reform, but in recent years considerable legal hurdles have been put in place that have essentially shut down the initiative process.

The state's executive branch is limited by the constitution to 20 departments. The governor appoints the heads of all these departments. Montanans elect six state executive officers: the governor, lieutenant governor, secretary of state (who keeps many records and oversees elections), attorney general (the state's chief legal officer), state auditor (who conducts accounting procedures), and superintendent of public instruction.

Each office carries a four-year term, and each of these six officers is limited to serving a maximum of eight years in any 16-year period. (An official can still be re-elected by a write-in vote even after serving eight years in a 16-year period.) Qualifications for the six state executive offices include a minimum age of 25, U.S. citizenship, and residency in Montana for at least two years prior to being elected. The attorney general must have practiced law for at least five years prior to election and must retain eligibility to practice. The superintendent of public instruction must meet certain educational requirements.

The governor is the chief executive of the state, charged with execution of state's laws, serving as commander-in-chief of the state's military forces, possessing pardoning powers, controlling many appointments, and having considerable sway in the budgetary process—he or she sets the budgetary agenda and has input on specific levels of spending. Included in the governor's budget-making powers is the line-item veto, which many scholars use as a key gauge of a governor's power. Several subtleties are attached to the veto powers of the Montana governors. For example, some legislative actions are not subject to gubernatorial veto.

The lieutenant governor is elected on the same ticket as the governor. He or she does not preside over the state Senate. The job is essentially undefined by the constitution; the governor has considerable discretion in shaping its responsibilities.

The Montana Legislature is a bicameral body consisting of a state Senate with 50 members and a House of Representatives with 100 members. The legislature meets every other year, in odd-numbered years, starting in January and proceeding through a maximum of 90 legislative days. The body is regarded as a classic "citizen's legislature": part-time, meeting biennially, with low salaries.

The key leadership posts are the President of the Senate and the Speaker of the House. Senators receive committee assignments via Senate committee. The speaker appoints House members to committees. Interim committees are quite important to the Montana legislative process. These are committees that meet on an as-needed basis when the legislature is not in session, which is most of the time—as noted, the legislature meets every other year, three months out of every 24.

The Montana judiciary consists of a supreme court and a district court, along with several courts of limited jurisdiction. In contrast to most state court systems, Montana does not have an intermediate appellate court. Most judges are chosen in nonpartisan elections, and term limits do not apply. Interim vacancies in the supreme court and district court are filled by gubernatorial appointment.

The seven justices of the Montana Supreme Court hear appeals from the district courts as well as from the workers' compensation court and the water court. The court does not have discretion to turn down appeals. It has original jurisdiction in several areas including in cases that have not been through a district court if there are no facts in dispute and the case presents only constitutional or legal questions. The Supreme Court has administrative duties as well.

Supreme court justices are chosen in statewide nonpartisan voting. Terms are eight years, and term limits do not apply. The chief justice is chosen by nonpartisan election and serves an eight-year term; term limits do not apply. Qualifications include U.S. citizenship, state residency for at least two years, and a license to practice law in Montana for at least five years.

The 43 judges of the Montana District Court are responsible for the running of 56 courts in 22 judicial districts. These are Montana's courts of general jurisdiction, handling felonies, probate matters, most civil cases, certain special actions, and other matters. The judges are chosen in district-wide nonpartisan voting. Terms are six years, and term limits do not apply. Qualifications include U.S. citizenship, state residency for at least two years, residency in the relevant district, and being licensed to practice law in Montana for at least five years prior to the date of appointment.

The state has a number of courts of limited jurisdiction: 66 justice courts (also known as justice of the peace courts), 81 city courts, and five municipal courts. It is here that most Montanans encounter the court system. Jurisdiction differs slightly from division to division, but principally these courts handle misdemeanors, small claims, certain civil cases, landlord–tenant disputes, local ordinances, protection orders, and some juvenile matters.

The Montana Water Court was created in 1979 to handle water rights claims; the court  has exclusive jurisdiction over such cases. The chief water judge is appointed by the chief justice of the supreme court based on the recommendations of a judicial nominating commission. Other water judges are district judges who work part-time on the water court. The term of the chief water judge is four years; terms for other water judges (who are, as noted, district judges) are six years. Qualifications include U.S. citizenship, state residency for two years, and being licensed to practice law in Montana for five years.

This court was created in 1975 to handle workers' compensation cases and certain other matters. The governor appoints judges based on the recommendations of a judicial nominating commission. A term is six years. Qualifications include U.S. citizenship, state residency for two years, and a license to practice law in Montana for five years.

Home rule is a complicated issue in Montana. The 1972 constitution offers it as an option to counties and municipalities, but subsequent legislation, including laws passed in 1975, sharply limits home rule in these local jurisdictions. The state has 56 counties. Three of these have home rule while 53 do not and are classified as "general powers" counties instead. Most counties operate under the commission form of government. Within that framework, significant flexibility is allowed in number of commissioners, term lengths (four- and six-year terms are possible), and other matters. Montana has about 129 cities and towns. About one-third of these have home rule powers.

Counties handle a range of activities including roads, sheriff, and prosecutorial activities. Over the course of the 2000s the state has taken over administrative responsibilities from the counties in several key areas of governance: district courts, welfare, and the public defender's office. Counties continue to contribute money to these areas. The most common form of city government is mayor/council; the city manager form has only a very modest presence in Montana. Montana also has a number of special districts that focus on delivery of specific government services.