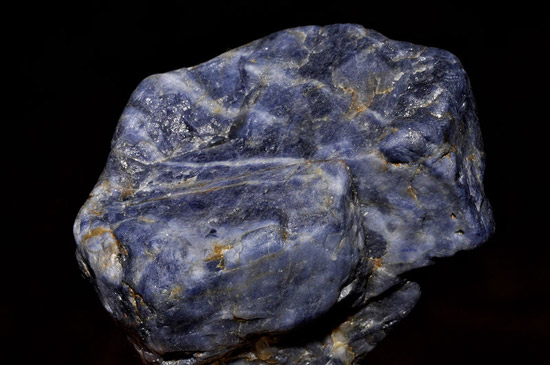 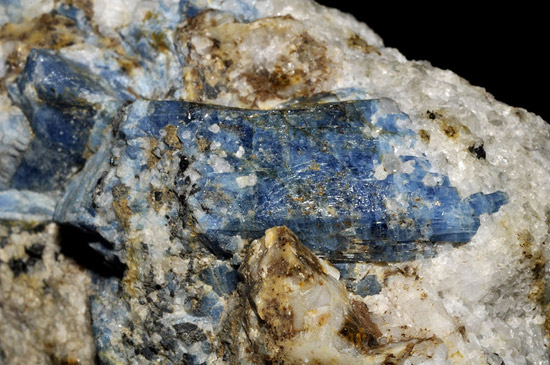 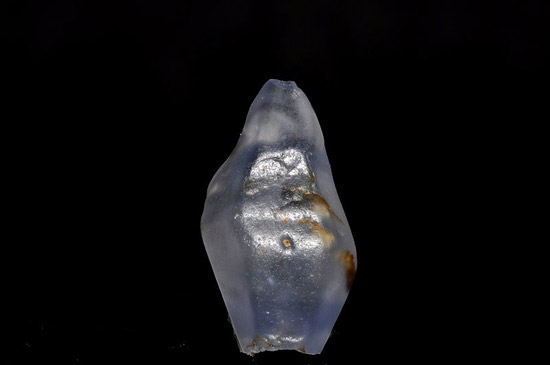 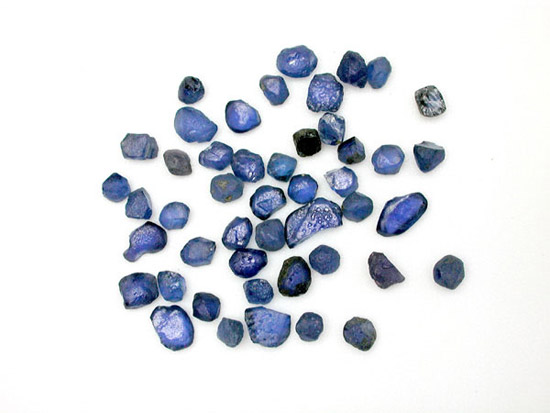 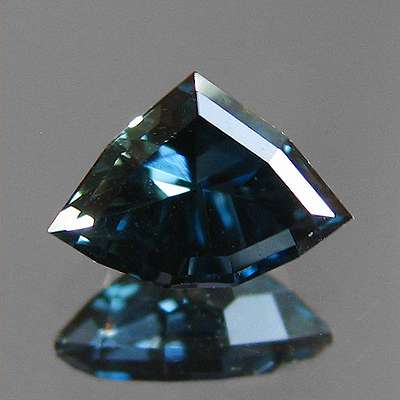 Sapphire is a blue, gem-quality variety of corundum, the second hardest naturally occurring substance after diamonds. Corundum minerals are made of pure aluminum oxide. The other gem variety of corundrum is ruby, when the mineral is red. Sapphires are any color of gem-quality corundum except red, when the mineral would then be called a ruby. Although blue is the classic color for sapphires, they are also yellow, pink, orange, purple, green, and black. The colors are created by iron, titanium, chromium, and vanadium impurities.

Yogos are unique among the world’s sapphires. They lack the color zoning so prevalent in other sapphires. Their uniform cornflower blue color is natural (not the result of heat-treating), and their clarity is uniformly high. These features rank them among the world’s finest sapphires. Unfortunately, however, the majority of the crystals or pieces of crystals recovered are too small to be cut. Most Yogo sapphires are less than one carat, and finds of over two carats are rare.

Sapphires are the most valuable gemstones found in America, and demand for U.S. sapphires has recently increased. The U.S. Geological Survey has called the Yogo Gulch area "America’s most important gem location." Yogo sapphires are most in demand and are found only in western Montana. Yogo sapphires are represented in the Royal Crown Jewels of England. This stone was designated the official state gem of Montana in 1969.

This variety was first discovered in Yogo Gulch in Judith Basin Gulch, Montana, in 1895. The word sapphire probably comes from the Semitic word sappir or the Hebrew word sapir. The word sapir appears in the Bible and may come from the Greek word sapphiros, which was once used to refer to any blue stone. This theory is disputed, however. Another possibility for the etymology of the word sapphire is the Sanskrit word sanipriya, meaning "dear to the planet Saturn." Still another is the Latin word sapphirus, which means simply "blue." The word "corundum" is probably derived from the Sanskrit word kurivinda, meaning "ruby."

Corundum minerals formed through pressure and heat at considerable depths. Impurities of elements such as iron, vanadium, and chromium provide the color, and any color besides red makes corundum a sapphire. Yogos form embedded in igneous rock.

Yogo sapphires are found only in western Montana. Sapphires in general are found in the following locations around the world.

The largest known sapphire is 2,302 carats, found in Australia in 1935. Reportedly, the largest Yogo sapphire crystal ever found was 19 carats; it was found in 1910 and cut into an 8-carat stone. The size of cut stones greatly restricts the market for Yogos; they are beautiful, small, very expensive sapphires.

The largest faceted sapphire on public display and perhaps the largest blue sapphire known is the 423-carat Logan sapphire. The largest cut Yogo sapphire is 10.2 carats. Both gems are on display at the Smithsonian Institution in Washington, D.C.

Sapphire’s beauty, rarity, and hardness make it an excellent and popular gemstone. Intense, bright gems, especially cornflower blue specimens, known as Kashmir sapphire or cornflower blue sapphire, are the most sought after and most expensive. Dark or washed-out gems are less valuable. Colorless or pale blue stones are sometimes heated to achieve a more desirable deep blue. A rare variety appears to change color in different light; this is aptly known as color-changing sapphire. Even more valuable than the prized blue sapphire is an orange-pink variety called padparadschah. This variety was originally mined in Sri Lanka, and its name comes from the Sinhalese word for "lotus blossom."

Sapphires are popular in engagement rings, as the stone is said to symbolize loyalty and love. And because of their hardness, sapphires are an excellent choice for use in a ring. Sapphire is said to provide inner peace and spiritual enlightenment. It is believed to aid in healing rheumatism, colic, and depression.

Synthetic sapphire was first created in 1902. It is difficult to distinguish from natural sapphires except by gemologists. Due to its durability and scratch-resistance, colorless artificial sapphire is sometimes used for high-end watch faces.

Iolite, indicolite tourmaline, and blue zircon may resemble blue sapphire. Sapphires in other colors may be confused with many other gems. However, sapphire’s hardness distinguishes it.

Color: Every color except red (which is ruby) or pinkish-orange (padparadscha)

Some data courtesy of the Mineralogical Society of America